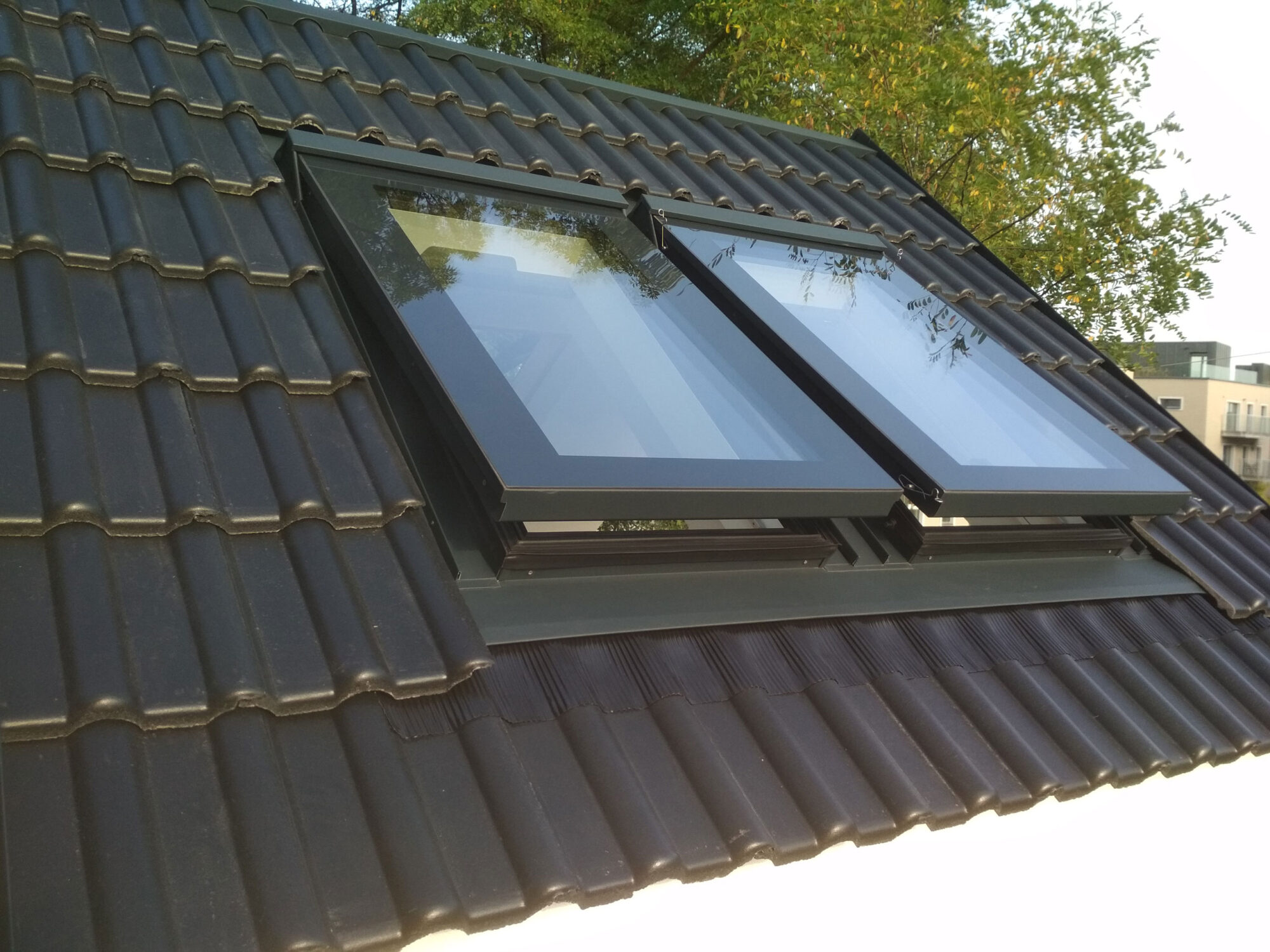 In the article ABOUT DINOSAURES, we focused on the concept of classic windows, we have sufficiently critized it, but we also acknowledge that this window design has been used for decades, has brought many benefits to the attic in the form of light, but also problems such as condensation, mold and loss. heat.

There have been historically several attempts to break free from the pliers of the classical concept, most of them have fallen into oblivion, some are still alive, have their positives, but also limitations that have prevented significant expansion. One of the most successful is, for example, the BRAAS window, which uses a system of bounce the wing out and shift to the side.

But now more about the construction of our windows. Like the others, we tried to move forward in the development based on what bothers us in today’s windows.

In short, what does our idea of ​​a “better” window sound like? “Top-hung wooden roof window with frameless safety, energy-saving glazing, solid all-round insulated frame, stainless steel fittings, with practical accessories, a unique look from both the interior and exterior, which is a full-fledged element of the roof structure.”

When you get rid of the established idea that glazing must be stored in a supporting frame (wood / plastic), that it must be fastened with a glazing bead, that the sash must pass through the frame, that fittings must weaken the supporting part of the sash and frame. What kind? You connect the glazing covering the entire surface of the window directly to the fitting with a structural joint, while the fitting will be “outside”. What does it mean? That you invest the wood that was originally on the sash directly in the main frame of the window, the fittings that were originally a thermal bridge weakening the load-bearing parts you can drive out, where it has enough space without affecting the thermal properties. There is no need to reduce glazing by lowering the spacer frames, you can structurally connect the handle directly to the glass. Then you don’t need the glazing bar at all, so you don’t even have to screw it anywhere. Result? Simple, elegant sash with a minimum of components, without screws, with an outer side without overlapping parts, with minimal maintenance.

Classic concept – a frame about 3 – 4 centimeters thick, it can’t be more, weakened by fittings. You can’t do much with it, because you have a classic wing. But what if we have a wing in our version? We were left with enough wood, which we could attach firmly to the frame without reducing the area of ​​the glazing, which created a massive glued profile in the width of a nice 11 and a half centimeters. In addition, we do not have to weaken it due to the fittings, because the fittings are “outside”.

In the classic, due to the number of surfaces, nooks, interruptions and connections, we find several efforts to add thermal insulation to the frame, sash, gaps, under the sheet metal, under the glass, under the ventilation flap, etc. How do we go? One single cast monoblock of highly insulating polyurethane, surrounding the entire frame from the exterior side.

Fittings are usually a jumble of space-intensive steel or aluminum components for tilting windows due to the large forces of space. Where with him? Cut something, weaken something directly on the fitting, then it will ripple a bit… Why? With the concept of “outdoor fittings” we do not even have to cut a chip from the frame and the lifters can have reliable solid double-row spring with an adaptive brake, with an outer diameter of 30 millimeters, with an electrical design up to 35 millimeters (which is basically the entire thickness of a classic frame…).

The blind can effectively protect the attic from the sun or curious neighbors, but it has the property that by installing it on the window sash you lose part of the area through which light passes into the interior, not to mention damage to the window by fastening elements – blinds, screws. It is impossible to hide something in a frame three centimeters wide. However, if we have a frame width over eleven centimeters, we can integrate into it both the roller with the blind itself and the guide grooves. And we won’t lose a millimeter from the area where the light comes to our attic.

It is similar with the insect net. The need to ventilate the overheated attic with night ventilation is an invitation for mosquitoes. However, in the classic concept, the defense of nets means its installation on the inner lining of the window, which is neither nice nor practical. The integrated roller blind in the frame, on the other hand, is easily interchangeable with an insect screen, has a minimum of components and NO screws.

Finally, we will mention the installation of windows in the roof structure. Since the system of fastening to the roof is basically the same for all window constructions, we will focus on the difference that results from the difference in the thickness of the classic frame and our concept, and it is located grooves of the inner lining. As we mentioned in the previous article, the groove of the inner lining on a classic frame is and can only be on the outer perimeter of the nominal size of the window. This means that you can never move the window over the rafter. In our concept, the groove of the inner lining is shifted by a few centimeters from the outer edge of the nominal size of the window due to the large width of the frame, and in some cases the window can be partially fitted over the rafter to avoid beam replacement. In addition, it is always possible to add thermal insulation to the places in which the internal lining is not possible with conventional roof windows – see the details of the installation in the Technical Section.